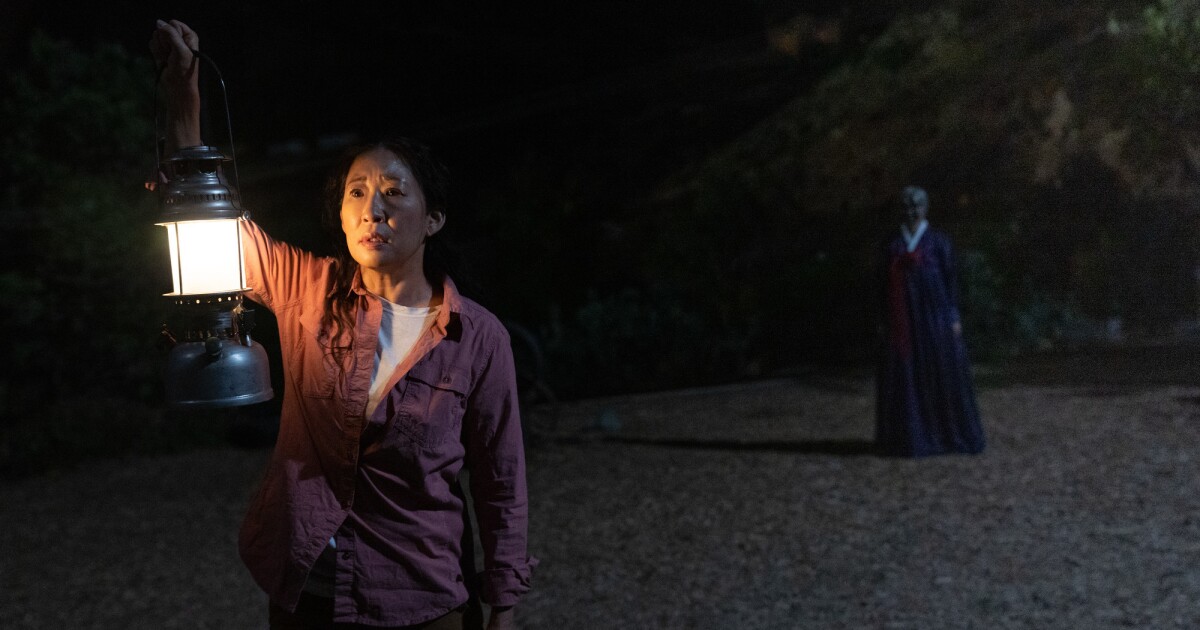 What Makes Us Happy: A Guide to Your Reading, Listening, and Watching Weekend

This week Bob Dylan announced he was releasing a new book, photographer Bryan Tarnowski captured the magic of a Mardi Gras race and Oscar Isaac turned 43.

Here’s what NPR’s Pop Culture Happy Hour team was paying attention to — and what you should check out this weekend.

South Korean boy band BTS has three concerts in Seoul this week, and they will be streamed live and shown in venues for people who can’t attend in person. I also got tickets to see them on tour next month, so that’s four different gigs I’m going enjoy. —Laura Sirikul

UMMA, a horror movie starring Sandra Oh, comes out next Friday. It follows Oh as a woman named Amanda, who lives on a rural bee farm with her daughter. All is well until the remains of Amanda’s mother arrive from Korea. The film seems to adopt ideas of potentially authoritarian mothers and intergenerational trauma. I’m really excited about this movie, and I’ve watched the trailer a bunch of times now. —Kat Chow

All songs considered — a show I’ve been on off and on for over 15 years now — has taken steps to expand beyond what they’ve been doing for years, and I’m thrilled about it. They just launched a Best of the Month podcast hosted by our pal, Lars Gotrich, and have put together a Turning the Tables miniseries of panel discussions. They just sparked a conversation between two dear friends on the show, Ann Powers and Marissa Lorusso, talking about their shared love for Kate Bush and Yoko Ono.

I’ve just been really, really thrilled to see one of the oldest podcasts continue to grow after all these years, and find new ways to cover an even wider range of music and showcase the many gifted vocals from NPR Music. . —Stephen Thompson

“Is it funny for Jews?” by Jason Zinoman

It would be weird to say I’m happy because it’s a serious subject, but Jason Zinoman wrote an article a few weeks ago titled “Is It Funny for the Jews?” The New York Timesand it is a fascinating essay.

He struggles with this idea of ​​being Jewish and dealing with things like anti-Semitism, the Holocaust, and prejudice through comedy — and what it means to brush those things aside or take them lightly. And he reviews this brief cultural history of different Jewish comedians like Jerry Seinfeld or Jackie Mason and what it means to be Jewish in this time of rising anti-Semitism. It really got me thinking, and it’s worth checking out if you haven’t already. —Aisha Harris

The Last Days of Ptolemy Gray on Apple TV+

AppleTV+ The Last Days of Ptolemy Gray has an excellent cast – Samuel L. Jackson, Dominique Fishback, Walton Goggins – and an excellent writing pedigree, in that it comes from Walter Mosley adapting his own novel. It’s a bit confusing at first, as part of the premise is the central character’s failing memory and cognition, but it’s worth sticking with to see if it’s for you. Two episodes are released on Friday and more will air weekly. —Linda Holmes

On my list for this weekend: the podcast dead eyes, which … well, see what it’s all about. It involves Hollywood and Tom Hanks and broken hearts, and I haven’t listened to it yet but the recommendations just piled in, so let’s all go together, huh? —Linda Holmes

NPR intern Fi O’Reilly adapted this Pop Culture Happy Hour segment into a digital page. If you like these suggestions, consider subscribe to our newsletter for recommendations on what makes us happy each week.