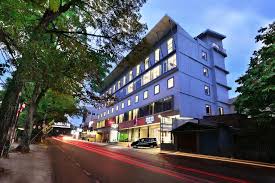 Vitoria, Jun 13 (EFE) .- The Basque PP today denounced the “mass transfer” by the sovereignist platform Gure Esku Dago to hoteliers in Vitoria of a letter requesting the voluntary contribution to this entity of 10 % of the profits of last Sunday.

The letter was sent on the occasion of the finalization in the Alava capital on Sunday of the human chain that united the three Basque capitals in favor of the right to decide.

In her allusion is made to the intention of generating festive atmosphere in the Casco Viejo of the city and for this Gure Esku Dago offered to decorate the streets and bars, and to organize different activities.

In return, the letter states that “the opportunity” is given to the hoteliers to support the platform dynamics with the contribution to this organization of 10% of the profits of that day.

The spokesman of the PP in the Basque Parliament, Borja Semper, has opined that this letter “evokes the darkest and disgusting years of extortion suffered by hoteliers in the autonomous community” to “not be identified as those who did not collaborate” with the left abertzale.

“This is different, it is obvious, but it evokes and sounds like dirty tactics that we thought were happily overcome in the autonomous community,” he lamented.

In declarations to journalists has assured that he knows that there have been restaurateurs in the city who “have felt extorted and violated” and have agreed to pay that 10% “for fear of being singled out.”

“In this country, with what we have lived and what we have gone through, this type of initiatives to many people scare you,” warned the popular leader, who has demanded a strong “reaction” from the Basque institutions.

In addition, he has considered “extraordinarily serious” the participation in what has been called “cadeneta” by the president of the Basque Parliament, Bakartxo Tejería, and the mayor of Vitoria, Gorka Urtaran.

He has requested the appearance in the Chamber of the Minister of Security, Estefanía Beltrán de Heredia, and has said that the PP will request information at the General Meetings of the three territories on the taxation of the accounts of Gure Esku Dago.

Sources from Gure Esku Dago have explained that no such letter has been sent from the General Secretariat of this entity, although they have acknowledged that the remission of these letters has been able to start from “some group” that makes up the movement.

“Gure Esku Dago has never asked for any kind of financial help from anyone, in fact the human chain has been 100% financed with the inscriptions and the merchandising of it,” the platform said in a statement in which it states that Citizen movement is “independent and self-financed”.

In any case, he assures that in the aforementioned letter it is clearly indicated that the aids “are proposed as voluntary and totally optional” and he asks for “apologies” if any person has been upset because “in no way has this been the intention of the promoters of the initiative “.

Gure Esku Dago concludes that he will take measures so that “these misunderstandings” do not happen again. EFE