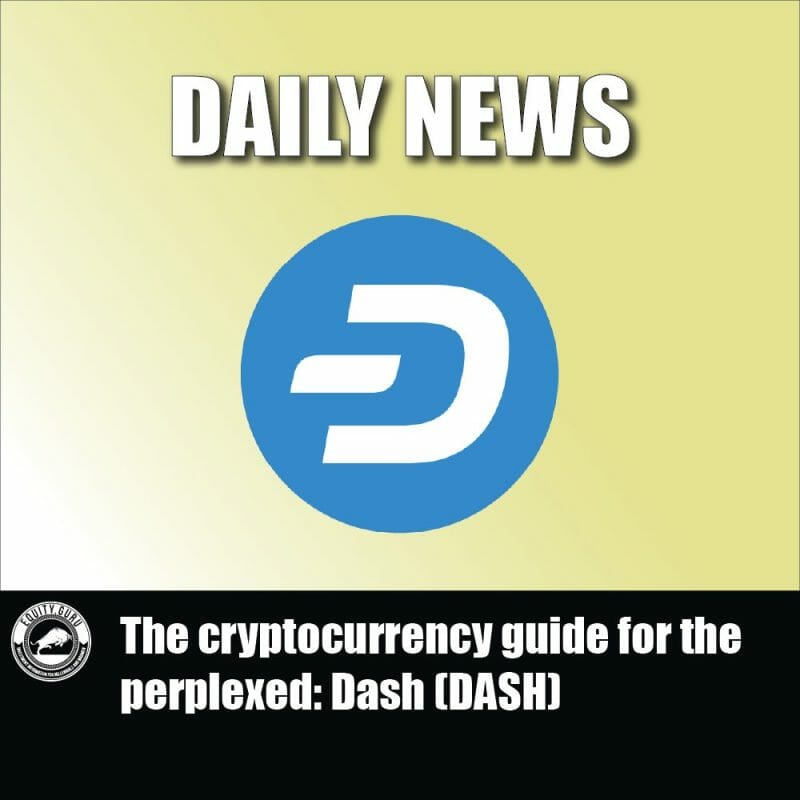 The guide to cryptocurrencies for the perplexed: Dash (DASH)

Dash is an open source cryptocurrency. It is actually a bitcoin fork, and the name is also periodically used to describe the Decentralized Autonomous Organization (DAO) run by some of its users. These are often called masternodes.

Originally conceived as “Xcoin” by Evan Duffield after his fork of Bitcoin, it was the subject of early negative press that it was little more than a pump and run operation. dump. It was renamed Darkcoin soon after and received even worse press for its use in dark net markets. This prompted another name change, this time to Dash, which is a portmanteau of the words digital money. It’s also worth pointing out that Dash is no longer used on any of the major darknet markets.

Here is how it compares to Bitcoin:

Governance is provided by the DAO. All decisions are made on a blockchain via masternodes and anyone with 1,000 Dash can become a masternode owner. These perform standard node functions such as hosting a copy of the blockchain for consensus purposes, relaying messages and validating transactions, but they also act as shareholders, with power to vote for proposals to improve the Dash ecosystem. Besides masternodes, the system also uses standard nodes and miners.

Unlike most other cryptocurrencies, Dash actually has a dedicated fan base. Including the whole country of Venezuela and many companies that will take crypto in exchange for their products.

Coins are mined using the proof-of-work consensus mechanism with a hash function called “X11”. It includes eleven hash cycles and the block time is around two and a half minutes.

Masternodes have additional powers. “Instantsend” skips the entire mining process and instead needs a consensus of masternodes to validate a transaction, supplanting online transactions. “PrivateSend” is intended to give optional consumer-grade privacy by mixing up unspent Dash participating users before transactions can be completed.

Each time a block of transactions is added to the Dash blockchain, it generates rewards. Rewards are distributed in three ways:

The network uses a secondary consensus mechanism for masternodes called Proof-of-Service (PoSe). PoSe in Dash is a rating system used for checks and balances on masternodes to ensure the quality of additional services provided to the network. This ensures that every masternode is online and at the correct block height at all times.

This consensus system actually helps to strengthen the security of the network as rogue miners cannot engage in a 51% attack as masternode operators would keep the miners under control. The masternodes themselves are properly incentivized to be in the best interest of the network, as each operator must lock in a 1,000 Dash commitment to the network. If they decide to cheat, they risk that costly commitment, which keeps node operators compliant.

Dash has a built-in mechanism that allows the user to hide transactions from outside view, which places it in a subcategory of coins called privacy coins. Others include Monero, Zcash, Haven protocol and many more. The PrivateSend mechanism means that you pay a small fee and the source of the funds disappears from the blockchain. It is the cryptocurrency equivalent of wearing a red hat and blending in with a crowd of people wearing the same type and color of hat. No one can track where you came from or where you are going, thus breaking your traceable history on the blockchain.

As noted above, it has been used in the past for dark markets, but it has also been used to fund whistleblowers like Wikileaks.