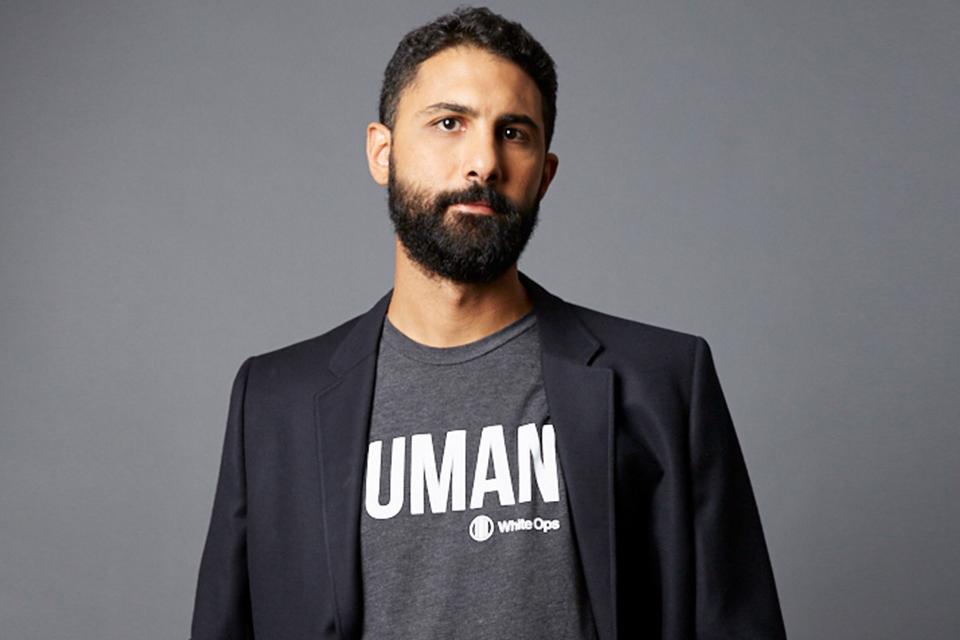 Quickfire Questions is a Forbes Advisor UK series in which business leaders share exclusive information about their journey, the secrets to their success, their hopes for the future and what they would do if they received a magic wand…

Tamer Hassan is the co-founder and CEO of White Ops, where in 2016 he led the takedown of 3ve (pronounced Eve), the largest bot fraud organization to date, with help from Google and the FBI.

Prior to his anti-botnet career, he was the Founder and CEO of Compel Data Technologies, a software development and consulting company focused on big data and business intelligence solutions.

Hassan’s career began as a major in the US Air Force, where he completed several combat deployments to Iraq and Afghanistan as a decorated search and rescue helicopter pilot and tactical officer.

He lives with his family in New York.

What set you on the path to success?

Growing up, my mom was really strict and forced me into everything academically. I would finish my homework, then she would quiz me using extra math and science textbooks to get beyond the required curriculum. Basically, I was not allowed to leave the house during the week. As a child, I hated it and rebelled against it often, but looking back, as an adult, it was invaluable.

Same thing when I was at the US Air Force Academy. Discipline and structure helped prepare me for the world of work and gave me a path to success after a crazy childhood.

From a technological point of view, my dad gave me a Tandy PC when I was little but didn’t give me any games. I ended up getting lost in the world of coding because I had to create my own. games, which prepared me for my future as a founder of technology.

Did you have a hero when you were younger?

Batman has always been one of my heroes. I’m sure there are more, but this is the first one that comes to mind.

Do you have one now?

I have a lot of people that I admire. One of the most influential people of the past decade has been Ruth Bader Ginsburg because she had this amazing blend of tenacity and grace. She remains a wonderful role model as a parent to my children because she was so fierce in her beliefs and principles, but never raised her voice or attacked. She made her arguments so elegantly. This is something that I strive to achieve in both parenting and leadership.

I also have a deep appreciation for Elon Musk. He doesn’t hold back when it comes to establishing a belief in what is possible in this world and carves it from the start. What motivates me is having a belief before I do anything. It might not always be clear how to get there, but you know where you are going.

Are you easily bored?

No, I couldn’t “do anything”. I would be happy to sit in a room for hours, thinking, reading or at a whiteboard. I am used to spending time in my head so I find it hard to get bored.

Who do you admire in business and in life in general?

How would you describe your leadership style?

Always look at the big picture, prioritizing your beliefs. Then focus on operating systems and their empowerment by setting goals and making them easier.

What are your ambitions?

I would like to start a business (or multiple businesses) that changes the way we work and the way we view work / life tradeoffs.

When I made the transition from working in the Air Force to the private sector, the jobs I held struck a chord. I made a conscious decision to only do odd jobs, like being a bicycle courier. But I also worked on the sets for a few films, the most important being I’m a legend.

I was there as a military liaison assistant and it struck a chord. To be on set watching hundreds of people focus in unison on the word “action” is unreal. The focus and energy of everyone on set at this level of intensity is something to see.

For me, this has always been the ideal and something that I strive to recreate in the business and our operating system. How can you create that kind of environment, that kind of community with that level of focus.

What I hope to build in a company goes in the same direction. The ability for a thousand people (maybe 10,000 people) to set fundamental team and individual goals and achieve them together. It’s an incredible skill to have and an ambition that I hope to achieve.

Do you believe in luck?

I would never trust it, but it does exist. It also favors the prepared. There will always be external dynamics beyond our control, and we can call that luck.

I believe in influencing results instead of relying on luck. Control and influence variables out of control. Are you lucky when someone wins a gold medal at the Olympics? There are so many variables that are beyond the athlete’s control, but there is also so much preparation to be done. Is it lucky?

What qualities do you look for in your colleagues?

Smiles. I try to find people who can balance my introverted focus. Other qualities that I look for include ownership, commitment, a belief in what is possible, and aligned values.

Big picture. Make everyone have the same big picture, then activate them and empower them to make it happen.

Do you think the company is valued by society?

What an interesting question. I really don’t know how to separate the two. Business IS the company in a sense. Where and how we eat, where we connect, how we work. The business is a subset of society. Does society value itself? There is good and bad.

How do you think business will change from 2020?

I think we are on the brink of a change in the way business is done for the next 100 years compared to the last 100 years.

It will be because of technology and transparency, especially the transparency that technology allows. More and more will be transparent. There will be more than one system of values ​​and consciousness for business. More access to all the information and all the values ​​of the company.

Business has always been faceless, we’re only halfway there, but it will be part of business in the future. We will choose a company because of its intentions and values ​​as much as the product itself for the first time in history

I want the values, intentions and priorities of companies to be transparent to all consumers in a rigorous and peer-reviewed manner.

Instead, companies need to rethink the way they support their employees who want to gain something important in their personal lives, for example by offering more support to women with children or by helping parents to be parents. There has been a false sense of mutual exclusivity and that needs to change.

Right now our job is our life. We are making progress but I would like that to change and evolve. At the end of the day, you don’t have to choose life or work, there are phases.

It really hit me the other day when I was interviewing a candidate. This guy has a young child and his wife has just been given an amazing opportunity for his career, so he feels like he needs to step back and trade his time to support his wife. But it shouldn’t be a compromise where a family can only focus on one person’s career.

In my mind, his family should be able to do both, so we are looking at how we can employ this really talented guy and provide him with everything he needs to achieve the right balance for his family, while he continues to move forward. .

Here is a magic wand – what are you going to do?

With great power comes great responsibility! I don’t know yet, but I would certainly wait to be sure.

What is your favorite time of day?

Early in the morning before sunrise around 4 a.m. I can be calm, focused and clear. No mental noise.

I would like us to evolve as a company built on collective protection against fraud and abuse. A company built on the network effect of anti-fraud. The one that fundamentally changes the economy of fraud, which is the mission we set out to accomplish from the start.

5 mistakes the SBA made on Sandy loans