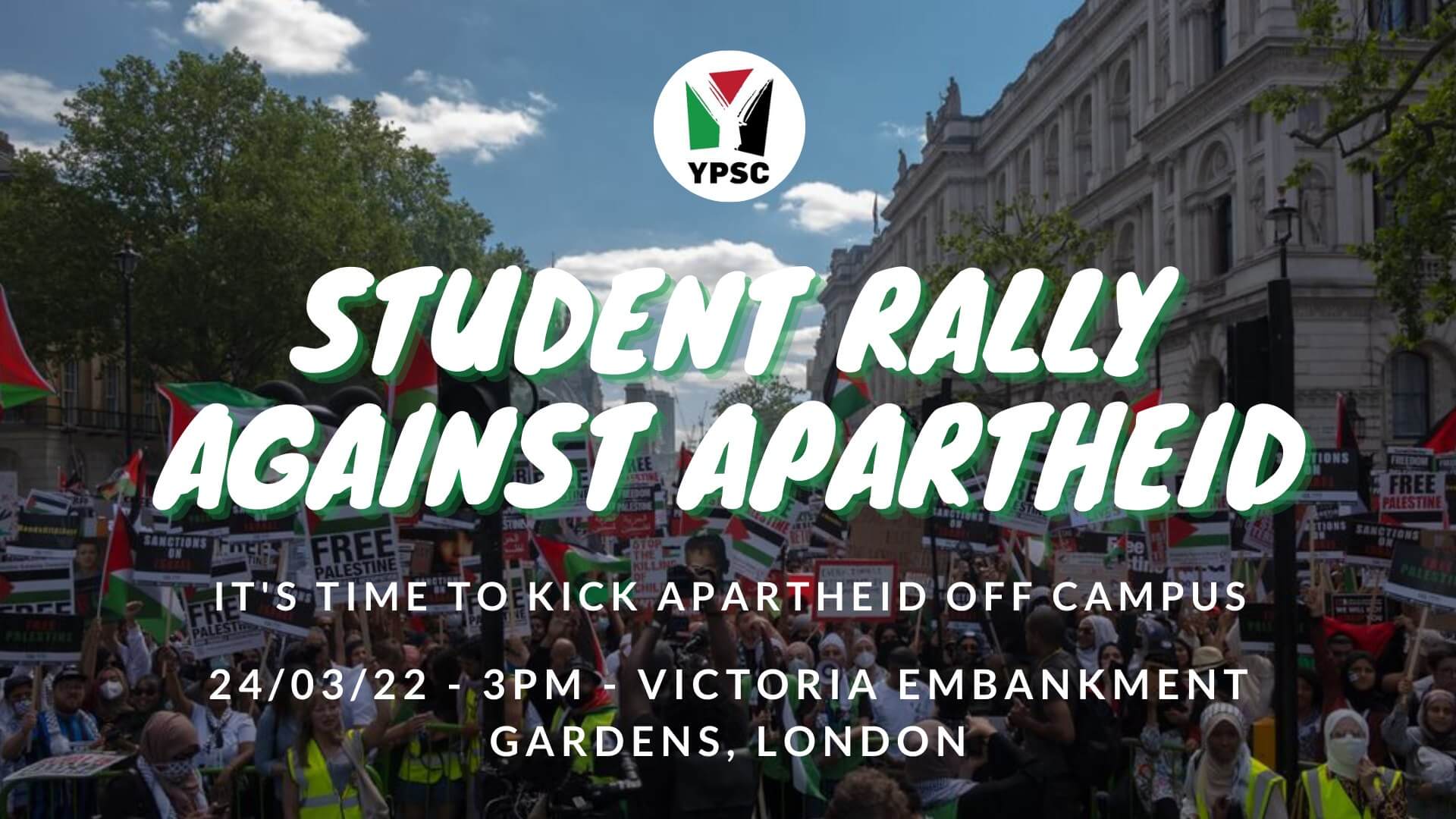 Only weeks have passed since Amnesty International joined Human Rights Watch, B’Tselem and many other international bodies in calling Israel’s systematic oppression of the Palestinian people what it is: apartheid.

Palestinians have been calling on the international community to recognize Israel’s structure of oppression as apartheid for years – and the students have always stood in solidarity with them. The first Israeli Apartheid Week was held at the University of Toronto in 2005, and the event has now expanded to include organizing by universities and other solidarity groups around the world. Students organized divestment campaigns and solidarity marches, protested visits by Israeli officials, and advanced academic discourse, centering solidarity with Palestine at the heart of the decolonization movement. Students from nearly every university and college in Britain during the 1980s staged protests, boycotts and occupations against South African apartheid; During the recent UCU strikes, SOAS University students occupied university buildings in solidarity with striking faculty, but also with the demand that SOAS take seriously its complicity with Israeli apartheid and end its its links with the University of Haifa, a university built on colonized Palestinian landlinking their protest to Palestine’s international call for BDS as a tactic in the fight against apartheid.

These students recognize that the fight against the commodification of education is closely linked to the fight for an ethical university, that the divestment of our apartheid institutions Homework place in our fight for a liberated education.

This year’s Israeli Apartheid Week runs from March 21-27 amid increased repression by the British government, increasingly draconian laws surrounding protest and boycotts, but students continue to pave the way for positive, powerful and collective resistance. Palestine Solidarity Campaign is proud to help students across the UK organize and campaign effectively for real change on campus.

Leanne Mohamad is the current President of the Students For Justice For Palestine Society at King’s College London.

Our UK universities remain deeply complicit in Israel’s apartheid practices through their investments and institutional ties and so it is extremely important for us as students to organize around Israeli Apartheid Week. We are very happy to have the opportunity to organize together with many other universities, solidarity groups and grassroots organisations.

We’ll start the week – alongside twenty Palestinian companies in the UK – with an online conversation with Sheikh Jarrah poet and activist Mohammed el-Kurd about resistance to apartheid.

The theme for Israeli Apartheid Week 2022 is Art Against Apartheid, so we held a very special Tatreez (Palestinian Embroidery) workshop on Wednesday March 23 at the KCL Strand Campus in conjunction with other Palestinian London companies including LSE, QM, City, Brunel, SOAS and Westminster. Conferences, a film screening and a day of action will follow.

We call on our university to end all ties with institutions and organizations that play an active role in maintaining Israeli apartheid. We will continue to hold our university accountable to let them know that our education can no longer come at the expense of Palestinian human rights.

Safiya is a member of the Palestine Solidarity Campaign’s Youth and Student Committee.

By getting involved in Israeli Apartheid Week, students have the opportunity to educate their peers and encourage them to take action by participating in activities organized by Palestinian societies on their campus.

The essential aim of Israeli Apartheid Week is to demonstrate the students’ connection to struggles for justice in the UK and abroad. Israeli Apartheid Week events on UK campuses include poetry nights, film screenings, guest speaker lectures, panels and workshops attended by many students – both those who are already involved in Palestine solidarity as well as those who wish to learn and become more involved.

In London, this Israeli apartheid week, students gather to protest their universities’ continued investment in neo-colonialism and the racial subjugation of Israel: Thursday 24and The Youth and Student Committee of the Palestine Solidarity Campaign will lead a march through Kings and LSE campuses to demand that all universities stop investing in companies that are complicit in the violence and repression of Palestinians.

This year, the IAW will once again provide an opportunity for students to network and collaborate against Palestinian oppression, as well as other forms of oppression and discrimination. The focus on culture, and art in particular, allows us to shine a light on our collective struggles against discrimination, cultural appropriation and oppression. From solidarity with Palestine to #BlackLivesMatter, campaigns for justice and against racism in all its forms must continue!

So where are the Palestinian voices in the mainstream media?

Mondoweiss covers the full picture of the struggle for justice in Palestine. Read by tens of thousands of people every month, our truth journalism is an essential counterweight to the propaganda that passes for news in mainstream and traditional media.

Our news and analysis are accessible to everyone, which is why we need your support. Please contribute so that we can continue to raise the voice of those who defend the rights of Palestinians to live in dignity and peace.

Today, Palestinians are fighting for their lives as the mainstream media turns away. Please support journalism that amplifies urgent voices calling for freedom and justice in Palestine.