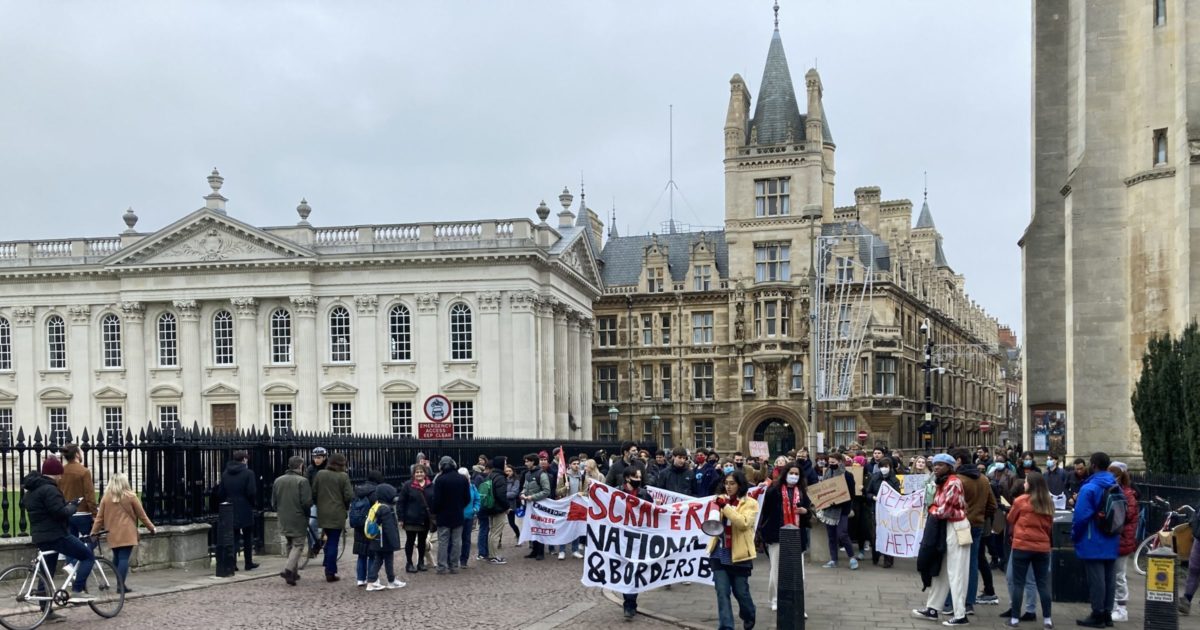 A Guide to the Nationality and Borders Bill (ft. Cambridge SU)

On Sunday (23/01), a crowd of almost 100 gathered on King’s Parade to protest against the Government’s Nationality and Borders Bill. The protest was organized by Cambridge SU BME Officer Tara Choudhury with Cambridge RE:action (Cambridge University Refugee Aid and Action). Among those present were a number of other sabbatical League officers, as well as students and members of the wider Cambridge community.

We spoke to Tara to find out more about the protest – and what she had to say left us a bit worried.

Why should you care too

“You know, this has a direct impact on the very principles on which British citizenship was founded.”

The Nationality and Borders Bill was described in a Facebook post from Tara’s SU account as “dangerous and illiberal legislation” which, if passed, would give the government the “power to revoke the citizenship of British nationals without notice on grounds of public interest”. Among other things, it is also recommending changes to policy regarding refugee migrants and asylum seekers – criminalizing those traveling to the UK on unauthorized routes.

Tara is particularly disturbed by section 9 of the bill, which would allow the government to withdraw UK citizenship without notice in the interest of “national security”, “the relationship between the UK and another country” or simply “the public interest”. .”

An opinion piece by leading immigration lawyers Raza Husain QC, Jason Pobjoy and Eleanor Mitchell adds that “the exercise of the power of deprivation has a disproportionate impact on non-white British citizens”, noting that “the Kingdom United already has far more power to deprive an individual of their citizenship than any other country in the G20”.

“You could literally find yourself stateless because of this,” Tara continues. “[The Home Secretary] doesn’t have to justify why she revoked your citizenship as long as it’s for the public good.

It’s clear as day for her – “[the Bill] will impact our daily lives.

Who it affects the most

“This particular bill is racist legislation. It’s cruel. The way we talk about refugees is unacceptable. And I think this protest is about emphasizing the fact that we are all human.

Tara believes that “the people most affected by this, statistically, are the Indians”. But it doesn’t stop there – the bill is ‘not just an attack on our citizenship – it has been described by lawyers as the biggest attack on international refugee law and the rights of refugee claimants. asylum never seen in the UK”.

In 2020 alone, 203 students of Indian origin (Asian or British Asian) were admitted to the University of Cambridge. The total number of students at Cambridge of Indian (Asian or Asian British) descent greatly exceeds this – and this does not include other BME groups who are also disproportionately affected by the Bill.

Just under one in three UK students at Cambridge came from BME. International students, of which non-EU students alone account for around half of the University’s tuition income, are also likely to be affected by the bill.

The Good Law Project clarified that section 9 of the bill “will affect the citizenship of almost half of all Asian Britons and two in five black Britons”. Tara adds: “Many of us in Cambridge are not white. The fact that so many of us – 40% of us – who hold British citizenship can have ours taken away without even knowing it is terrifying.

Tara has no misconceptions about the impact of a small group of university students on the British government. As she puts it, “a one-time protest in Cambridge alone will not change public policy.”

For her, “the most important thing to emphasize here is that this is a massively slippery slope. Everyone should be worried about their citizenship rights being eroded. Whether or not you belong to a BME community , this should be important for anyone who cares about their individual freedoms and rights. 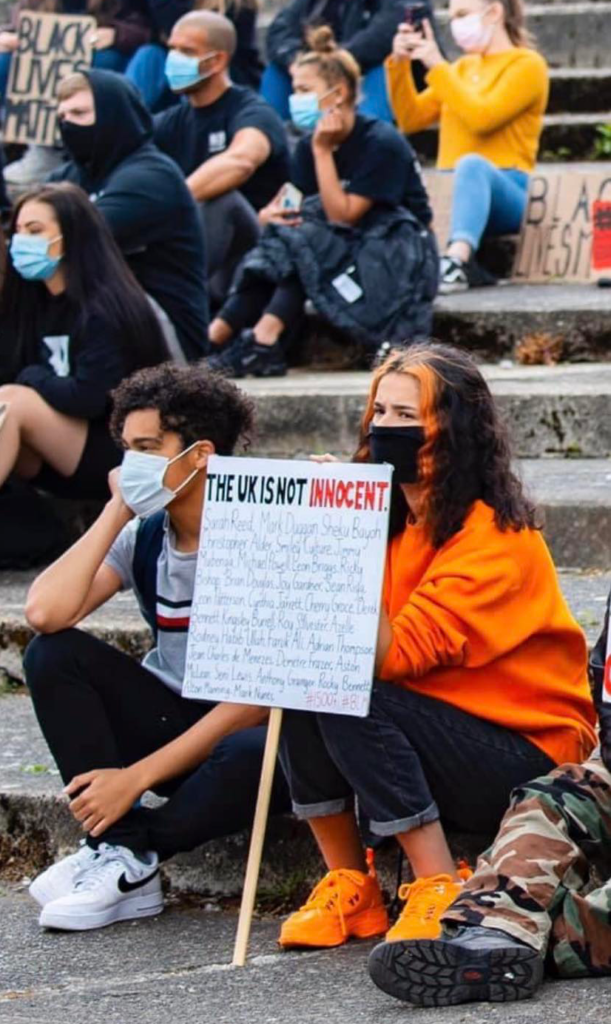 She points to similarities between the bill and the Windrush scandal – which involved the illegal detention and deportation of second-generation immigrants.

“If we create a two-tier citizenship system in this country and start treating people’s citizenship as something that can be revoked without notice if you weren’t born here, you can just be sent back to a country where you might not have been. since the age of five or six. And that’s just going to create more Windrush scandals.

Solidarity and empathy are equally important – “we’re trying to see the world with more compassion, to reinstate a bit of humanity – and I think most students would agree with that.”

But it’s hard to discredit protests as a tool for education, discussion and awareness – and Tara intends to treat the Sunday protest as such. She expresses her excitement about talking to people who stumbled across the protest and giving them ‘the chance to find out a bit more about something they may not have seen on the news’ .

What happened at the demonstration

The crowd was packed with banners and placards, many of which were made at the banner-making workshop the League held on Friday night in preparation for the protest. The protest began with a speech by Tara, where she said the bill “terrifies” her. Quoting Hannah Arendt, she explained that citizenship is the “right to have rights” and claimed that this bill would make people of color “second class citizens” in the UK.

She continued: ‘For this government to attempt to quietly deprive ethnic minorities of their civil liberties, to dictate who is more British and who is less, to laugh in the faces of the Windrush generation that they have failed and continue to fail so far, is nothing less than evil. Tara then passed the microphone to other protesters, after which the crowd marched on King’s Parade and Market Square chanting slogans.

Slogans included ‘no borders, no nations, no racist deportations’, ‘Hey hey, ho ho, the fascist bill must go’ and ‘No hate, no fear, refugees are welcome here’ .

What protesters had to say

A speech, from a Cambridge RE:action representative, said the asylum process is “already dangerous, traumatic, in some cases deadly: this government is now seeking to make it illegal too”. Calling the bill ‘cruel’ and ‘inhumane’, they argued that the UK should take responsibility for ‘creating[ing]the modern refugee crisis through its “history of war and neocolonialism”. 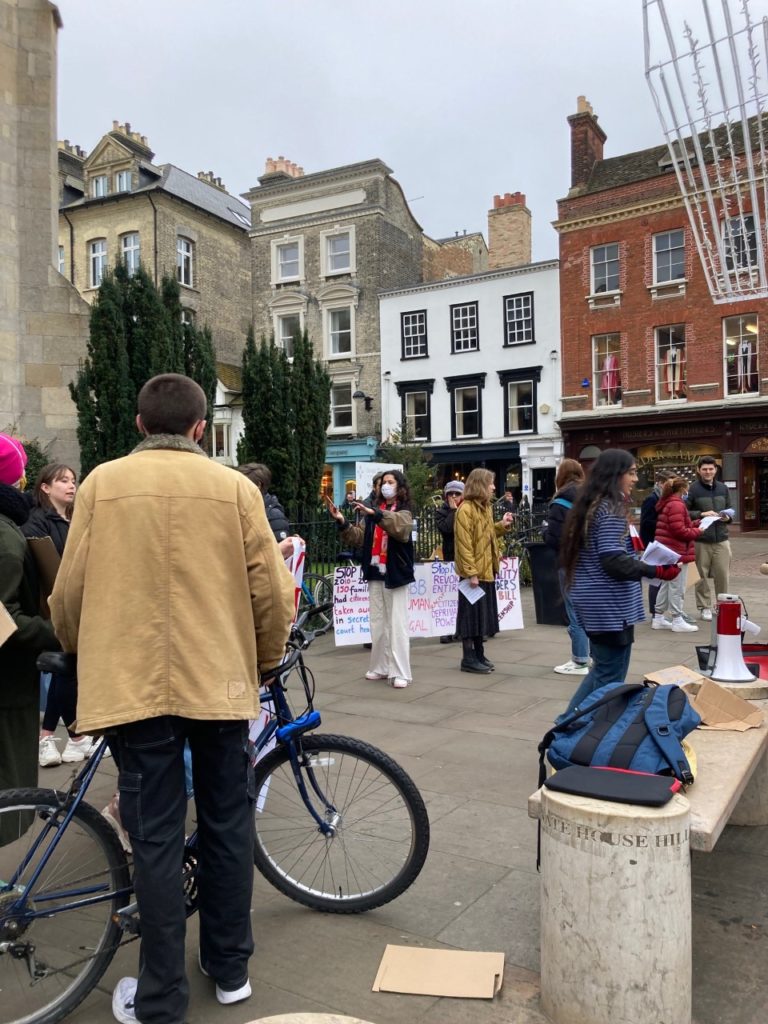 Other speeches, from both Cambridge students and locals, called on protesters to “push back against the government’s climate of fear”. One called borders “violent in nature”, calling for “transnational solidarity” and stating that “liberation is not possible under the nation state”.

A speaker affiliated with the Cambridge Marxist Society described the new bill as “not an isolated piece of legislation; this is linked to other draconian laws that have been passed in [recently].” Here they pointed to the recent Policing, Crime, Sentencing and Courts Bill, which sparked the “Kill the Bill” protests last year, and called it “anti-protest legislation.” The representative also spoke of the need for the trade union movement to integrate migrant workers.

Particularly loud applause and cheering followed a speech by someone who described the experience of working in search and rescue on the Greek island of Lesvos in 2019. The volunteer worker described his experience of seeing “a eight month old child stop breathing and hearing[ing] the cry of a mother who thought her child was dead” as “something not easily forgotten”. 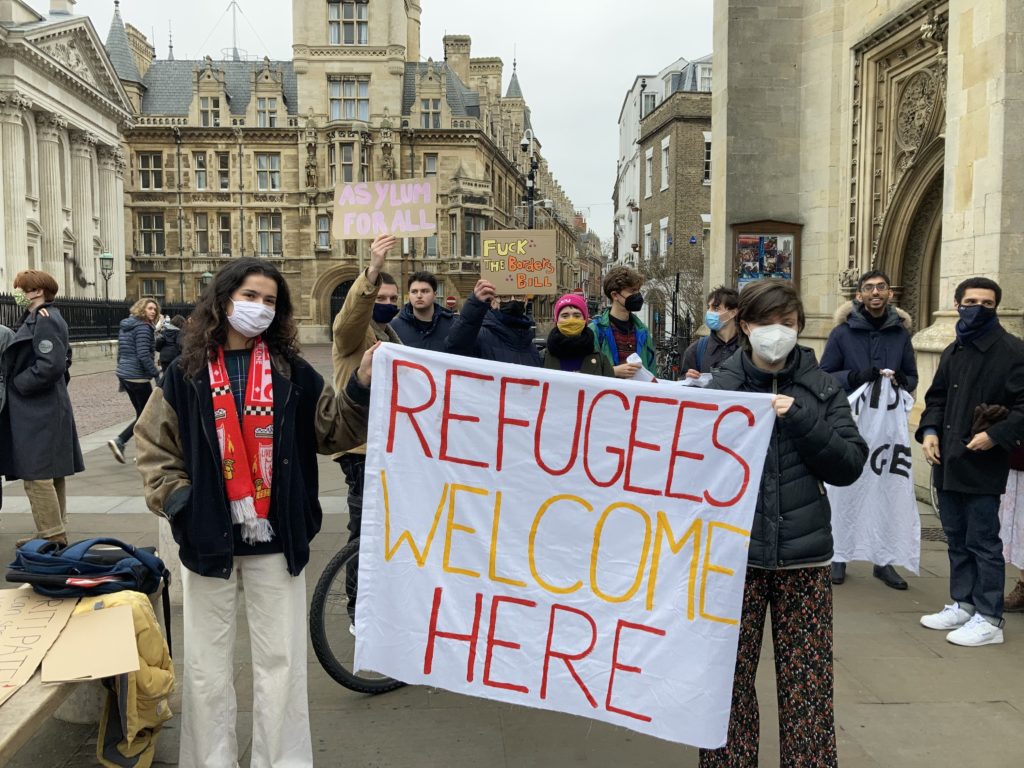 Protesters saw the bill not only as a national issue, but also a local one. One speech spoke of the “complicity of universities” in enforcing immigration laws, while another pointed out that these policies are “not just adopted at borders but in our communities”, saying that it There had been 164 visits by Home Office immigration officers to Cambridge since 2016.

An anonymous speaker suggested that we “need to communicate with our local community to ensure those affected have our solidarity and support.” The speaker pointed to Glasgow’s recent street protest in May 2021 – which succeeded in preventing the detention of two men by UK immigration authorities – arguing that it personifies how the protest can push back against this ” climate of fear”.

what you can do now

Tara directs curious students to articles written by “human rights experts, refugee advocacy groups and international lawmakers.” She added that he takes little time and effort for even the most busy student to understand the legislation by perusing Amnesty International’s report on the bill or the New Statesman article. 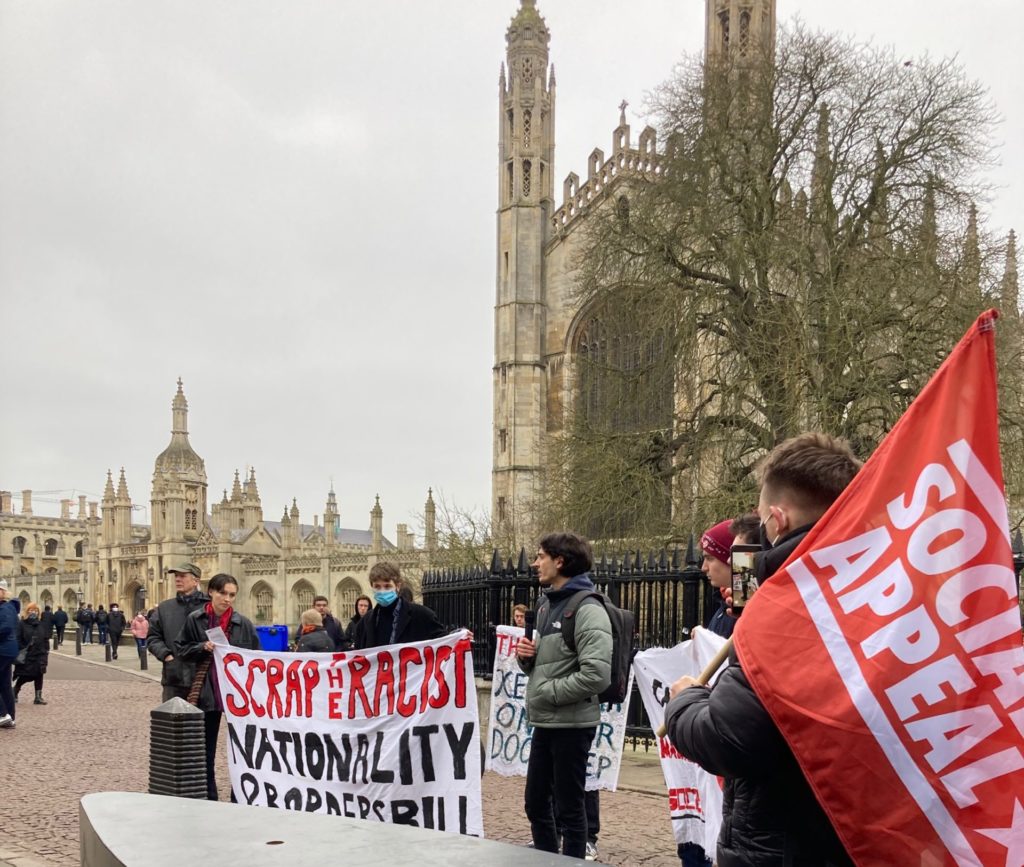 What if you couldn’t attend? Have no fear, Tara said, because you can move at your own pace. She directs people to the ‘Cambridge Convoy Refugee Action Group‘, a charity that runs regular weekend volunteer convoys from Cambridge to Calais and helps refugees around the world. Solidarity is essential, because nothing prevents you from organizing your own demonstration either.

As for longer-term change, Tara says, “I think it’s all political, which is a shame, because I don’t think human rights should be politicized. This demonstration must be anti-conservative simply because they are the ones who are pushing this bill through. But I’m here because I care about human rights, I care about refugees, and I care about anyone who could potentially become stateless because of racist legislation.

She called on citizens to “reject this government when the time comes so that we don’t continue to have these protests against these dangerous measures”. But change starts small – Tara urges you to start by spreading the word and having a conversation about these issues with your friends and family.

The first Cambridge RE:action meeting this term will take place on Sunday (30/01); you can find details here. You can follow Tara Choudhury on Facebook here.

Related articles recommended by this author: